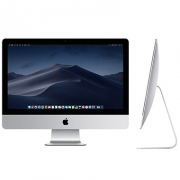 Several ago I decided to move from PC to an Apple iMac as my main desktop computer. So with many months of use now behind me, what are my thoughts on this operating system and hardware setup which is loved by so many?

The mechanics of a move from PC to Mac is very easy. As a Dropbox pro user it was a straightforward job to download the application and wait for the files to sync across the wifi network. I used a portable hard drive to transfer large file groups such as video and music.

Loading the standard office and graphics applications proved hassle free, opting for MS Office and some Adobe tools. I added some of the must-have apps such as Evernote, Chrome and Photoshop.

Microsoft Office applications were originally not as good on the Mac as PC. Excel in particular proved to be very frustrating in the early days with some functions needing to be relearned as MS seems to have changed shortcuts just for the sake for it. However, with the latest versions of Office, the gap has been closed and there is very little difference between the two. I would probably find it very strange now going back to the PC versions!

The biggest difference anyone making the PC/Mac change has to cope with are the little ‘quirks’ that are pure Mac. For example, the lack of a Delete key on the short keyboard and the need to still close the application after the windows have been closed.

Probably the best thing about the Mac is the way that, together with an iPhone and iPad, the Apple ‘ecosystem’ brings everything together in a way that is impossible with the PC. It really takes your personal computing to a new level.

After several years of the Mac, I would never go back. However, anyone changing does need to invest some time in learning the Apple way of doing things in order to get the best from the system. Ultimately it is a far better system than Windows, in my opinion.

This site uses cookies. By continuing to browse the site, you are agreeing to our use of cookies.

We may request cookies to be set on your device. We use cookies to let us know when you visit our websites, how you interact with us, to enrich your user experience, and to customize your relationship with our website.

Click on the different category headings to find out more. You can also change some of your preferences. Note that blocking some types of cookies may impact your experience on our websites and the services we are able to offer.

These cookies are strictly necessary to provide you with services available through our website and to use some of its features.

Because these cookies are strictly necessary to deliver the website, refusing them will have impact how our site functions. You always can block or delete cookies by changing your browser settings and force blocking all cookies on this website. But this will always prompt you to accept/refuse cookies when revisiting our site.

We fully respect if you want to refuse cookies but to avoid asking you again and again kindly allow us to store a cookie for that. You are free to opt out any time or opt in for other cookies to get a better experience. If you refuse cookies we will remove all set cookies in our domain.

We provide you with a list of stored cookies on your computer in our domain so you can check what we stored. Due to security reasons we are not able to show or modify cookies from other domains. You can check these in your browser security settings.

These cookies collect information that is used either in aggregate form to help us understand how our website is being used or how effective our marketing campaigns are, or to help us customize our website and application for you in order to enhance your experience.

If you do not want that we track your visit to our site you can disable tracking in your browser here:

We also use different external services like Google Webfonts, Google Maps, and external Video providers. Since these providers may collect personal data like your IP address we allow you to block them here. Please be aware that this might heavily reduce the functionality and appearance of our site. Changes will take effect once you reload the page.

The following cookies are also needed - You can choose if you want to allow them: